I usually don't do this, but this blog that is supported by my favorite independent book store Hicklebee's is having an awesome give away! So here is the link to that awesome blog: http://bklc.us/2y
Posted by Katrina at 9:06 PM 1 comment:

Since Chris and I have yet to find jobs, we have quite a bit of time on our hands besides our schoolwork. Even though we are still actively seeking for jobs, we have also taken advantage of our free schedule by indulging on one of our favorite hobbies: FOOD! So here is just a "taste" (haha!) of what we've been doing: 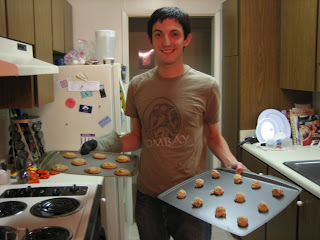 Chris is the baker of the house and he's a gosh darn good one! Being exact with measurements drives me insane. Here he is proudly showing his yummy chocolate chip cookies. 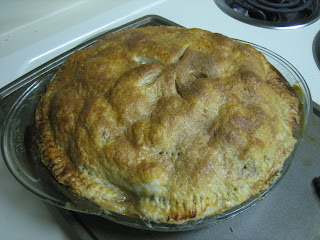 This year Chris decided to try making pies. Here is his very first apple pie. It was just perfect with vanilla ice cream! 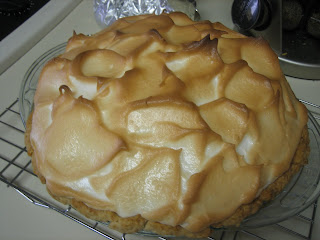 This is his lemon meringue pie. It is the first time I actually enjoyed this kind of pie! He has also made a banana cream pie that was excellent. Unfortunately we don't have a picture of that one. But our friends have been requesting Chris' desserts more lately. =) 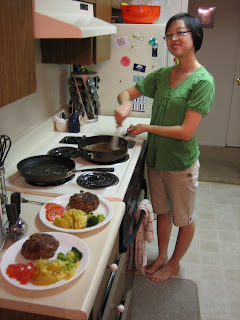 I have been occupying myself with finding Asian recipes. This is my stab at Hamburg Steak, a Japanese dish that I learned from a great series I found on Youtube. 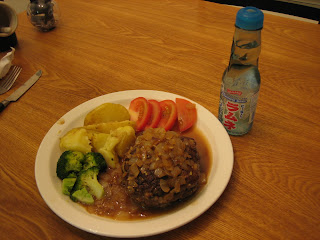 Here is our very Japanese Hamburg Steak meal complete with Ramune. The sauce is delicious! 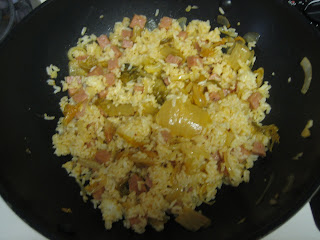 A friend of mine several years ago showed me how to make kimchi stir fry. Chris loves this dish! 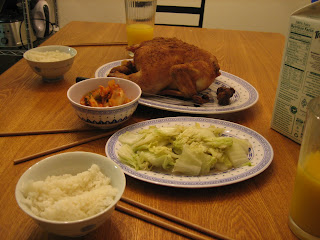 This was our Halloween meal. It was Chinese style chicken with a mix recommended by a friend. Then I just stir-fried some napa cabbage with some garlic and ginger. We also had kimchi on the side. 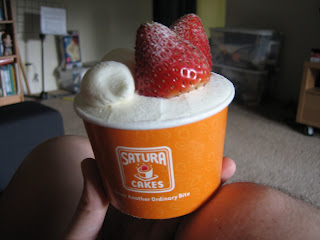 Chris treated me out to a strawberry shortcake from the Japanese Bakery called J Sweets. I love Asian pastries! You don't get a headache afterwards from the overload of sugar.
Posted by Katrina at 10:29 AM 1 comment: 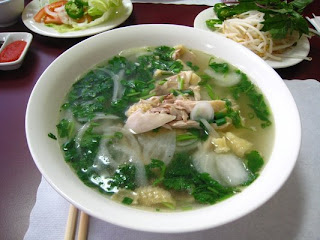 One of the DEFINITE benefits of living in San Jose is the abundance of good Asian food everywhere and how reasonably priced it is! Chris and I were running late doing errands, so for dinner we decided to go for one of my favorites: PHO!

We found a place which specializes in Vietnamese chicken dishes with various chicken noodle soups or boiled chicken with special rice and etc. It's called Pho Ga An Nam. It was only a five minute drive away and averaged about $6 a per person, not too shabby. Be warned! If you are going to check it out, they take cash only and they do not have an ATM there.

What amazes me about Pho is the amount of flavor they are able to pack into the broth! Looking at this pic you would think that the soup was ok tasting, but take a sip and your tongue gets a multi-layered hit of sweet, savory and Oh-s0-goodness. It's the perfect thing to warm you up when the weather is cooling down....or if you are just having a bad day.

Chris also liked being able to watch Vietnamese TV shows while eating. The time we went it was the Vietnamese equivalent of Dancing with the Stars, only it was called Celebrity Dancing. It was pretty addicting despite the language barrier.
Posted by Katrina at 11:24 PM 3 comments:

So Chris and I were wanting to see this movie since it came out in theaters a couple of months ago. However, whenever one of Miyazaki's films come out in the States I have a dilemma - I want to see the movie, but I want to see it with the original Japanese dialogue. The actors and actresses they have to dub it in English are talented, no question, but there's something special about seeing a film in the language it was intended for.

Thankfully, I didn't have to worry for too long. While we were exploring Little Tokoyo with my cousins we went into a mini-mart. There, just on TV was Ponyo even though the local theaters around it were still showing it. I guess it has been a year since it came out on DVD in Japan so not only were we able to buy the movie for a reasonable $13.99 but it's only in Japanese (with English subtitles of course!). It's a super cute movie. I enjoyed it, especially the scenes where they're eating ramen!
Posted by Katrina at 11:10 PM 1 comment:

Yay we made it! We started out on Monday Aug 10th, stayed in Hood River Oregon for a day then headed down to San Jose! Our apartment is also finally set up, we're just waiting for internet to come and it's nice sunny weather. I guess my few complaints are:
1) It's scary to drive around here
2) Everything is expensive
3) It's a bit too crowded for me! (Surprisingly enough, I'm NOT a big city girl)
But I love the weather here! It has been sunny, but not ridiculously hot. I also love how everything (i.e. library, shopping, grocery) is only about a mile away from our place -AND- there's good food EVERYWHERE!! You can get really good Chinese, Japanese, Vietnamese and etc all within a few minutes! Well just to let you all know, we're doing well!
Posted by Katrina at 5:42 PM 3 comments:

My garden is in full swing this year. It helps that I had time to prep everything in the fall and early spring. Now it's looking pretty good. I have beans, corn, pumpkins, squash, gourds, peas, tomatoes, lettuce, bok choy, nappa cabbage, jalapenos, and watermelons galore! I'm kinda sad that we'll be leaving for San Jose before lots of it is ready, but I have more fun gardening that actually consuming what I grow. Although, nothing beats fresh vegetables out of the garden. 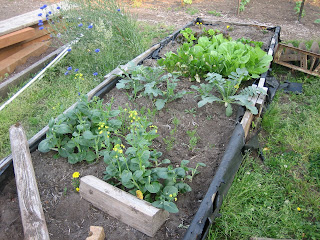 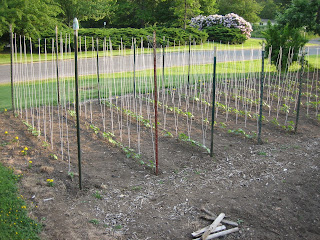 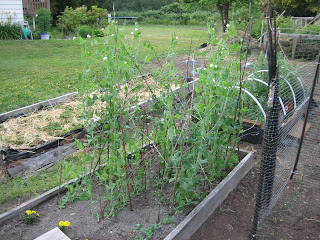 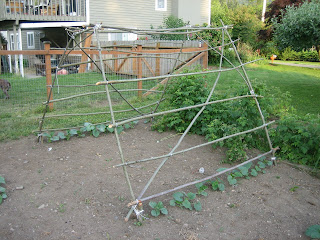 This last picture is an arbor I constructed for my gourds to grow up, and to let all the gourds hang down. It might also be a nice shady spot to sit in once they grow some more.
Posted by Chris at 9:54 PM No comments:

I've been wanting to build a pond for a while now. And I finally got my mom to agree with me that she should have one, and she financed the venture. (I don't have anywhere to put a pond yet, so it makes sense it should be at my parents house). Anyway, here are some pictures of my creation. 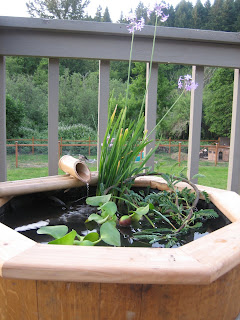 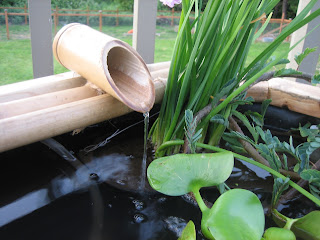 The liner and plants came from a pond store in Redmond, they had a lot of cool stuff. I would love to build something like their koi ponds some day. I guess I'll have to wait until I have a house or something. I built the fountain out of bamboo that we bought at the Bamboo gardens. I used my geometry skills to make the octagonal border out of cedar. I really like working with cedar, it smells nice. Tomorrow Katrina and I are taking Hayley to chinatown to pick out a couple of goldfish to put into the pond. It's gonna be a party.
Posted by Chris at 9:39 PM No comments: